Called the ugliest building in Berlin, the Palast der Republik is one of the last remaining relics of the former GDR in the heart of the city. But after the Berlin and German governments voted to tear the building down, a number of Berliners rose up to save the Palast. 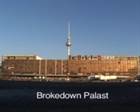 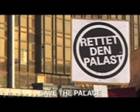 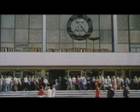