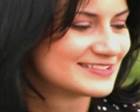 
What is ’Goodbye Victoria’ about? (No spoilers).
Goodbye Victoria provides various impressions of scenesters in the United States, whilst reflecting on the notions of contradiction, infidelity, memory, time, and the effort to increase one’s power through deception. The film utilizes the notion of the Creative Lie (a Nietzschean idea that Gilles Deleuze adopted into some of the most fascinating aspects of his film theory), presenting a full cast of forgers intent on using various methods of deception to manipulate others. The narrative itself participates in illusion and fabrication as well, willfully and frequently contradicting prior sequences as the film carries forward. The film’s anti-hero Bradley Mason (played by William Patrick Shaffer) reminds us of the inherent illusiveness of art, as he continually mentions his unfulfilled desire to become an actor. This is not a pipe, this is not an actor, and this sentence is not true (Is it true that it is false?).


How did you start with film? And do you have an educational background in art or film?
We are both artists who have experimented with video in the past. Goodbye Victoria is our first attempt at producing a feature-length narrative work.


Explain how you work, and what themes or concepts are important to you?
In this specific instance, we literally went out to film in the 110-degree summer heat of California’s central valley. We proceeded to get sun scorched, day after day, during the month of July 2007. The whole film crew was about to kill each other by the end of production. At that time, many of the Goodbye Victoria team lived together, packed into a tiny, 100-year-old, black-widow-infested, farm house which had no air conditioning nor food in the fridge (but we kept it packed with cheap cold beer). We flew or drove all over the country to get certain shots or depict specific terrain, including Charleston, South Carolina; Tampa and Indian Rocks Beach, FL; Monument Valley along the border of Utah and Arizona; and San Francisco, Los Angeles, Fresno, Clovis, Sanger, Sequoia National Forest, and the Mojave Desert, all of CA. To complete the project, Diran sat for countless 16-hour editing marathons over the span of nearly two years. Thematically, we were interested in offering impressions of the severe uncertainty which permeates the zeitgeist, invoking confusion through disjointed temporal, spatial, and social relationships. (Diran likes Gilles Deleuze and Matt likes David Lynch).


Who / what are some of your biggest influences?
The film borrows a lot from the myriad experiences the cast related to Matthew and I as we were writing the narrative. We wanted the ’everyday’ to have a big influence on the final product as a whole. Theoretically, we tried to weave those experiences with the ideas of people we hold to be absolutely fascinating. The following list is not exhaustive, but it is a start regarding the persons and things influential to our creative processes... In alphabetical order: Wes Anderson, Michelangelo Antonioni, the Boston Celtics, George Carlin, John Cassavetes, Kurt Cobain, the Coen brothers, Gilles Deleuze, Marcel Duchamp, Charles Gaines, Colin Gardner, Kevin Garnett, Jean-Luc Godard, Werner Herzog, Jim Jarmusch, Lloyd Kaufman, Krzysztof Kieślowski, Stanley Kubrick, Sol LeWitt, David Lynch, Jean-François Lyotard, Friedrich Nietzsche, (early) Christopher Nolan, Marko Peljhan, Robert Rauschenberg, Gerhard Richter, Alain Robbe-Grillet (The Man Who Lies), the Sacramento Kings, Andrei Tarkovsky, Dziga Vertov, and Andy Warhol (and boysenberry pie and German chocolate cake).


How does the title relate to the film?
Goodbye Victoria literally references a critical decision made by Bradley Mason. Bradley leaves his girlfriend Victoria (Victoria Amato) in order to pursue the California dream of acting and the entertainment industry. Further, each of the main characters in some manner personifies loss, lack, and/or failure. So, in a certain way, we also conceived of the title as expressing the cast’s overall parting of ways with successful, healthy, and victorious living... It becomes a sort of acknowledgement that a higher standard of life has been lost, abandoned, or still remains largely unattainable.


How does content relate to the form of your work?
In accord with Henri Focillon, we tend to look at ’form’ not so much as the shape of an object or the demarcating edge that divides one thing from another, but rather as an effect and activity based in spatio-temporal change. With Goodbye Victoria, this attitude is made explicit in the tactical and strategic manner in which the narrative is edited together. We want to push a portrayal of space that is somewhat unconventional, and in so doing endeavor to affirm a breaking of cinematic rules that favors metamorphosis.

One of our main formal ambitions is to present a fragmented, labyrinthine articulation of space which forces an audience to consider how critical events and temporal paths within the narrative meet, splinter off, or might otherwise relate. By doing this we highlight how one’s thinking function operates, as it strains the viewer to get past the nonlinear and confusing representation of time and space. The fractured portrayal of location generally takes the form of a toggle between two often arbitrarily related places in any given sequence. By reverberating between the two (rather than three, four, or many more), we formally refuse the inference that the interstices represent ’jump cuts’ further down a timeline, but are rather in the service of creating a sort of spatio-temporal obfuscation that the viewer is left to piece together. Conversations throughout the film continue forward without impediment as the toggle intermittently persists, often giving the illusion that the events unfold in two places at once. It is through such an overall formal strategy that it becomes manifest what one is encountering is an image relentlessly exploring time without penitence, where - as Deleuze has put it elsewhere - people and things occupy a place in time which is incommensurable with the one they have in space.’’ This kaleidoscopic reversibility of past and future inescapably gravitates toward a final moment in which the concluding scenes depict the "present" for the first time. With such a difficult mental experience in specifically locating the past and future within the overall schematic, a member of the audience should soon become aware of the striving s/he is going through, which ultimately is the underlying subject of the film.


What is your next project?
Matt is working on a screenplay for another feature-length film, while Diran is preparing some art exhibitions. Another film is also coming down the pike. For further developments, please visit: