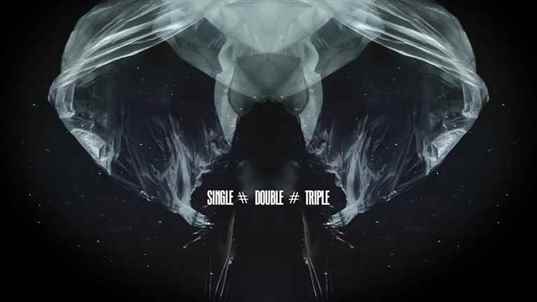 Who is Apotropia?
APOTROPIA is a duo consisting of Antonella Mignone and Cristiano Panepuccia.
Our work is mainly based on interconnection between performing arts and all forms of audiovisual expressions.

What is Single # Double # Triple about?
It’s a videodance project about triplicity, perception and human nature.

How did you start with film? And do you have an educational background in art or film?
Antonella has studied in a ballet academy and in 2001 she was admitted at the Accademia Isola Danza directed by Carolyn Carlson, in the Venice Biennale. She has also graduated from La Sapienza University of Rome with a degree in Art and Performing Arts.
Cristiano has been working as painter, photographer, cinematographer and soundtrack composer.
Filming was the best way to mix our abilities together.

Could you explain how you work, what themes or concepts you use and what is important to you?
Sometimes our works are influenced by our life experiences and at other times it’s quite the opposite. We have always been attracted by philosophical, anthropological and scientific themes with a focus on symbols, myths and cultures of mankind.

Do you carefully plan the production process or do you work more intuitive?
We build the cage we’ll move in, that’s a delicate phase of the creative process, but at some point we try to forget any plans and let things happen.

How does the title relate to the work, and how do you find a fitting title?
The title is usually our navigation compass and most of the time it’s the first component of the work.

How important is sound in film, and if you use sounds, do you create your own or use existing?
In our works sound has the same importance as video: they are highly interdependent.
We record many of the sounds that Cristiano uses to compose music under the pseudonym Sin Aesthetica.

How does content relate to the form of your work?
Form should be contingent on content as much as possible... Until it’s frustrating.

What is your next project about?
It’s a multi-project made of different works. We are currently in production on it.< overview< Artists interviews