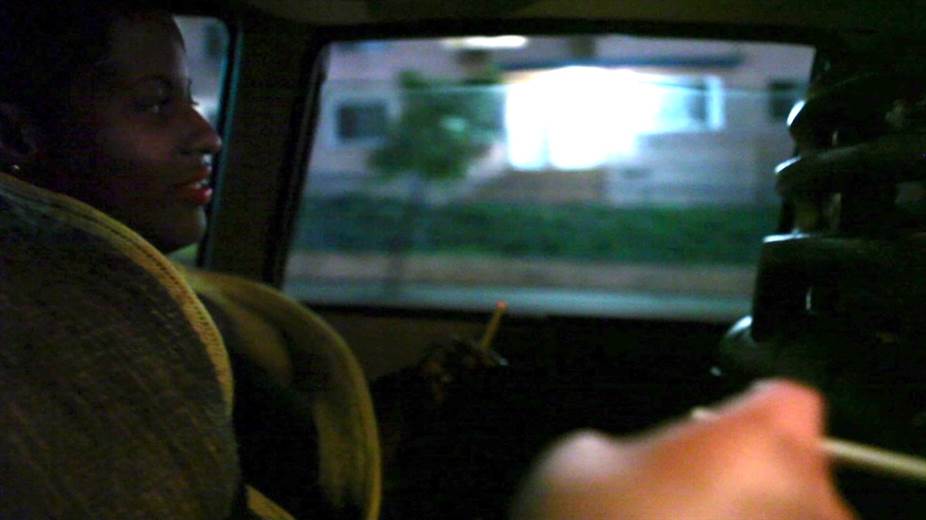 35:00, 2013, Fiction
’Accident’ is a film of 18 dreams after spinal surgery. It explores non-diegetic diegesis, or the non-linear, metaphoric narratives of the subconscious linked to the body. Chance, fate, luck, free will and their convergences on a personal and societal level, show consciousnesses as states of becoming. Mindsets are destabilised within transition, forming and changing; interior becomes exteriorised.

This film, as a state between waking and sleeping, is shot primarily on HDV as a theoretical choice. HDV was the medium between the end of analogue film and the beginning of HD. (HD/ 16x9 has been cited within the technological ideology of the Bush era’s "shock and awe", advancement of video games, drones, etc. Jean-Louis Comolli links technology and ideology in ’Technique and Ideology: Camera, Perspective, Depth of Field’, 1971, Cahiers du Cinema).

’Accident’, as spectatorially cinematic, collapses reality with dream/ Dream. The Los Angeles opening scene references Hollywood cinema from a post-modern perspective, with the film continuing through different genres and film histories, including Goddard, Structuralism, the "gaze", etc., so cinematography is scene-specific. Sometimes sound takes precedence over image. Fragmented narratives weave through different times, locations and spaces, with the motion of vehicle as change, transience, the dream-body of the spectator-participant.

Sometimes green-screen is used, to juxtapose points of escape or fantasy with societal constructs and claustrophobias-as-the-city. Nature is offered not as Sublime, but as a mystical site connecting all with Self, (in an ’indigenous’ sense), to co-create with chance and the unknown.

Links to other works and screenings can be found on my website: