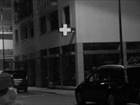 Your film is about?
Big Pharma?

How did you start with film? And do you have an educational background in art or film?
I started holding a Super 8 camera as a kid. I prefer personal artistic expression, and I like Lo-Fi, so I wouldn’t ever bear with education or professionalism.

Could you explain how you work, what themes or concepts you use and what is important to you?
Concepts have the highest importance, while aesthetics have the lowest, I usually mangle video and audio quality in order to confer higher priority on the communication of concepts.

How long do you usually work on one project?
As long as needed, from few minutes to years.

Do you carefully plan the production process or do you work more intuitive?
Both, even if I mostly plan carefully the conceptual layer.

How does the title relate to the work, and how do you find a fitting title?
Title is very important to me, thus I put much effort in finding the right one, then I usually put it at the end to avoid influencing the public beforehand.

Where do you get your ideas or inspiration from?
Social issues, psychic attitudes, philosophical minds.

How important is sound in film, and if you use sounds, do you create your own or use existing?
Sound in audio-visuals is as important as video. I either leave sound from the set and create soundtracks and musics by myself.

How important is the reaction to your film by the audience?
It is essential, even if I do not care much for some of my most cryptic videos.
Interpretation is free for everyone.

What is your next project about?
My actual audio-visual project is the 3rd episode of a trilogy: the 1st was "aim" the 2nd "nothing happened", the ending episode will be entitled "reaction". By now I have composed the song for the soundtrack (soundcloud.com/bennagaeanmaris/gate-to-nowhere), gathered all the props needed, found the actors, so I am ready to start shooting.
< overview< Artists interviews