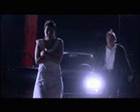 16:00, 2006, Narrative
David Lynchian fiction film about a man who almost gets into an accident at night on a deserted road. Then he meets a girl that’s walking on the side of the road..........
DirectorSandesh De RijkCountryNetherlandsEdition2006 < overview

Who is Sandesh de Rijk
I am 27 years old and at the moment I am a student at the University of Amsterdam where I study Media and Culture. The coming four months I will be busy writing my thesis on Dutch film directors and the possibility of continuity in their profession (which is somewhat of a problem due to the lack of financial means within the Dutch film industry). I will be finishing my thesis at the end of this summer after which I will hopefully start my studies at the film academy of Amsterdam (I say hopefully as they only take on 6 students a year for directing fiction). The film was part of my application as I really wanted to give it my best shot. Besides that I am a very passionate film student and hope to become a great director someday!!

Why filmmaking? What was it in life that inspired you to make films?
I don’t think it was an event or something concrete that set off the desire to make films. When I went to university film studies was the only studies that somehow appealed to me. I had thought about applying for the film academy but somewhere it just wasn’t the right time for that yet. Over the years I have become very fascinated with the realities that lie hidden behind the visible reality in a very concrete way. What I mean is that for me life is about the small stories or so to say about the ordinary. Film gives me the opportunity to tell stories that can single out those events that to me seem relevant or beautiful. Besides that I find that film is the most powerful medium through which a story can be told as it puts the spectator so to speak almost in the story, like a window through which he is watching an apparent though highly realistic event.

Yurei is about…
Yurei is the historical name for a vengeful spirit with unfinished business on earth often depicted in a white dress. The story is about losing grip on reality, about getting lost in a dreamscape in which time and place end up as entities without reference.
The subject of the movie is obviously not directly linked to my own personal experience. The thing that I like about the story is that for me it touches the issue of how real reality actually is as I believe that "reality" is basically just a creation of the mind which we have accepted as reality.

Financing your movie?
I did not try to get subsidy for the film but saved up money to make it as I really wanted to experience what it was like to make a short high standard short film with a passionate and dedicated crew to which I owe a lot of thanks as everybody worked for free!!. Besides that we shot in the Amsterdam forest for three nights in February with minus 4 degrees but everybody stayed on their feet. This is also what I consider part of the beauty of filmmaking that you are creating something with a large amount of people who are all dedicated to making that one particular film. It’s a world on its own! All together we had a crew of 37 people and everybody worked really hard.
The people who did the camera/sound and light were all film academy students who had just finished their studies, while the other people were either friends or people that became involved with the project through ads that were put up on the website of NFTVM.

New Media: a challenge for film makers?
I do think new media is a challenge as sources such as the internet are a new platform through which beginning filmmakers can reach a public which before was more difficult to reach due to the limitations and standards of festivals. The next step I believe is finding out the best and smartest way to exploit the medium so that one can reach a large audience efficiently. I do think however that the internet is not the place for the cinematic experience as the context in which a film is seen is too distracting and not overwhelming enough.

Do your films have style, just as some painters have?
This is basically the first short I have ever made and although I am reasonably satisfied with the result I cannot speak yet of my own personal style as I have still much to learn.. My preferences however go out to long shots and to telling the story with the image instead through dialogue. I think a good film is a perfect balance of dialogue, camera, sound and editing and that to achieve this balance one needs a lot of experience to become fully aware of the many possibilities that the different disciplines have to offer in combination with eachother.

Influences?
I guess there is not one particular influence that has had a lasting influence on me. I have a lot of respect for filmmakers like Andrei Tarkovski and Kim Ki Duk because they are so skilled in making use of the silence in their films and of the poetic potential of the image. Yurei was for me a way to explore the practical field of filmmaking and to better understand the different aspects of filmmaking but I still am a long way from where I would like to be.

Individual film making or co-operation?
I prefer to work in a team of specialists because as the name already points out everybody is a specialist within their own discipline and so they know how to get the most out of what they do. Besides that filmmaking is a complex process which is why I think that if you want to make something and you want to make it well you need to work together. Working within a team is also very inspiring I find because you have people around you that are passionate about their profession and of course 20 eyes see more then two so one can also discuss and point out things to each other which would perhaps otherwise be overlooked.

In the future...
The plan for now is to hopefully get accepted at the film academy (which I will hear this week) of Amsterdam so that I can have the opportunity to learn and to develop my own skills within an inspiring environment. Besides that I hope to become a very famous director who’s films will be loved and appreciated (but let’s not get too pretentious, ha ha) for their balanced and engaged way of story telling.

Did you ever had another ambition in life than to become a filmmaker?
I think that becoming a filmmaker has been the largest ambition that I have ever had.
I have always been very ambitious about being happy and staying happy, and because of that I have always been in search for the thing that makes my world go round. As I have noticed there are very many people that see their work and their life as two separate entities and don’t really enjoy what they do, but they just do it because they have to for many reasons of course. I want to live my life and my work as one and not as two and filmmaking generates energy and happiness for me which is why I will do anything to reach that goal.

Digital or classic
Technically I must say that I am not yet very well educated. Of course I prefer HD above all the other digital mediums up until now as the resolution is of a higher type than former digital equipment like dv cam. However it depends of course what it is what you want to use it for and what story it is that you are telling. I do think though that in the end I prefer film because of it’s richness in focal depth and it’s ability to absorb color and light in a much warmer and more specific way than the digital technique. However I say again that my knowledge is not enough to be very opinionated about the subject.
< overview< Artists interviews