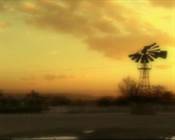 Who is Onur Senturk?
I am a multidisciplinary artist, studied fine arts and animation for several years. I love taking photos, painting, animating, filming and trying new things which helps me to create.
Nowadays I am working on commercial projects, music videos and my new short film Nokta.
Currently, I am working at Silo-1 Istanbul based motion graphics, animation and production company.


What is your film about?
Iskat is a film which represents limited time. Materialized with power of sound and images. Contains no story in it.


What does the title Iskat mean?
There is different meanings in different languages about the title.However Iskat is an acronym of a common slang word in Turkish language. Which is originally Iskata means once upon a time a particular object is used somehow now is a wreckage, abandoned unservicable object.

Besides, Iskat was written on train before we shot. So, We decided to use it as a title.


How did you get to making this film?
I love photographing abandoned objects. One day I came across with Iskat. It was beautiful and scary at the same time. Then I told my friends about it. We went altogether to film it.

I find here very suitable to give an additional info about the project. Iskat is not my personal work.
Everybody in the credits section participated their on way. But, mostly I shaped the visual side of the project.


The sound is very specific in this film, how did you choose/make the sound?
It was an interesting decision to fit electronic, computer aided music on a footage shot with a handycam. At first I think it will be more suitable a music which made with actual instruments. Than we changed our idea to make it with computer aided music.
This decision was mostly related with our technical equipment, knowledge and several other problems.
Sound is a work done by my friend Mert Kizilay. We shaped the track together to blend with soul of the film.


How would you describe the relation between the sound and images?
We tried to maintain a balance while producing the film. We shaped music and images for each other. For example we cut visuals for audio. We pay attention to music to match visuals.


How did you make this film, with a script or storyboard or did you film intuitively and created it during the editing process?
We didn’t do any storyboarding or preplanning. Everything happened when we were shooting. Then we shaped the film in editing.


Could you tell us something about the rhythm in your film?
We tried footages together. We kept some suitable ones. We eliminated some of them. It was like game. But we want there to be chaos and inertia.


Whats your next project about?
My new project is Nokta which means Dot. It is about luck, control and possibilities.< overview< Artists interviews