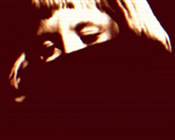 Who is Helena Bulaja?
What should I say here? Let’s start from the fact that I am proud to be mother of Irma, Ivor, Vinko and Lovro, and that they are my main inspiration to be what ever I am. I am mainly visual artist, and I like to work with new media things, and anything that can be communicated globally, intrigues me most.
Through my 13 years of artistic expression, since the very beginning I was always working with the computers and Internet this or that way….I am also graphic designer and illustrator, I like to design books in particular…I really like animation and editing, and every year actually, with every new project specially, I am looking forward to do something new that I never did before.

Together with support and hard work of my husband Zvonimir, I am able to achieve that in our small but efficient and creative studio in Zagreb, that very often accommodate our international collaborators, together with the young talented artists form Zagreb. More about me and us at www.bulaja.com


Tell us about your fascination with Tesla and how these four films in particular relate to Tesla?
What is a bit absurd maybe is the fact that before I started the project, I wasn’t really fascinated by Tesla, or at that point I will not say it like that, as I know about him since I know how to read and write…he is just so integral part of my life that, before creating this project, I never really assume that I am truly fascinated and inspired by him.
I think that intuitively I chose to go to this journey to look about and around Tesla, because I needed to feel and share that similar kind of fascination with people that I feel related to, and some how I felt that if I want to share it with others, I will need to step back and look at him from many other perspectives….
So this 4 films are kind of intimate story about me - my childhood, family, fears and fascinations through the perspective of researching Tesla biography and life…


Why did you choose the artists in your films?
When I started doing research about Tesla, I knew that I am not able to talk about Tesla scientific work seriously. But some how I always felt the relation to his personality, and I knew that some of the artists that inspires me in my artistic growth are inspired by Tesla in theirs, and I was just thinking that it will be nice to meet them and to document their thoughts about Tesla.
At the very beginning I was thinking that maybe because there will be variety of artists from filmmakers to puppeteers, do I need maybe to make a same structured questions for all of them, and than to see what kind of answers I will get. But than just thinking that I will have to do something like that sounded to me to rigid, that I just decided to play by air, and see what they have to say to me, as you know, when you come to someone who is inspired or impressed by Tesla, than it is not difficult to spend hours listening to inspiring and imaginative emotional talks about everything and anything… about creativity, growth of ideas, art, music … SO that is how I talked with Terry Gilliam, Marina Abramovic, Laurie Anderson, Christopher Priest, Douglas Rushkoff, Samanth Hunt, Andy Serkis, puppeteers Olga and Craig from Flexitoon, New Zealand entrepreneur Alan Gibbs, graffiti artist Eric Orr, Neon masters Matt Dilling & Peter Roche, opera director Terry O’Reilly among others….and only one scientist – Hiroshi Matumoto, President of the Kyoto University. And all of them inspired me to create those films, and many others that will be released soon….


Each film in this project has its own style, how does the form relate to content?
This is for an artist a quite difficult question…. For me they are all like one unique body, even though diversity is there. The reason for diversity is mainly because the elements are created by very strong individual artists. For me as a director the main reason to work with them was to get their individual impressions on the idea and material by it self, and to create something personal, more than trying to archive only one visual idea through all of this rich input we got filming the places and people related to Tesla. And not to forget - the sort of diversity is the essence of Tesla as a creative generator as well as the divers world we live in today mainly thanks to his scientific achievements.


When will Mechanical Figures be finished?
I will rather say that the project already started to live through different forms since I posted first clips on Vimeo mainly for the project team share, but as well as to see the first impulse from the world audience. And that is how streaming festival found us, and give us new life….
It is difficult to say when it will be finished as it will take some different forms of life that will generate some new “beginnings” and “endings”, something like the sparks of electricity….as long as someone gives some energy in it that will spread around to the ones that will be ready to take it….


How will you show Mechanical Figures to the audience, each film separate or together into one film?
For now as much as I know ( and that is because I am mainly the one that shaping the content right now ) I would like to see this project developed as a kind of interactive film - video collection where it will be available to the audience through couple of different forms – from festival screenings of short video clips, to interactive platform on the Web, iPhone and probably other mobile devices, but also we are working on preparation of gallery installation for an exhibition on new media art in December in Rijeka – “Biennial of Quadrilateral” curatted by Christiane Paul and Darko Fritz.
We would also like to prepare content to be presentable on the theatre stage, something like live film and music performance, as well as through the collection of Art books etc…many ideas, that we hope to achieve in next 3 years….


You will also present this project as an iphone app. How did you get this idea and how will this work?
Since the beginning idea was to create one interactive film that will be most suitable for watching and playing through small screen mobile devices. How this project is in progress since 2005, we weren’t sure at the beginning that we are creating it for iPhone ( at that time iPod) or PSP or some mobile device….but the concept is kept the same and right now we are entering to programming phase and we hope we will achieve our idea….. From small mobile devices we chose iPhone as right now we think that it is the most convenient device for this kind of content, but in the future we will like to have our project and ideas available on any device and platform, as we didn’t created it for the device, we made it for people…..


Not only are these four films varied, but you also mentioned a book, can you tell us more about that?
In last 3 years we created impressive and very beautiful photo materials that is I think so tempting to be published as a kind of art-book. Kind of photo journal through the real and imaginary places and ideas related to Tesla.
We had so talented and unique photographers contributing their work to this idea, and I feel that books will be just a nice homage to that, and as well as to the time when Tesla was a boy, lucky enough to grow up surrounded by books … and me… I like to design books, and I like to see them alive some how…. And I already have them in my mind…I can already feel the cover and the pages…only that it is not that simple to make, but I hope I will through next year….


Behind the scene there is an international team working on this project. How important is it work in a group on such an extensive project?
Work in a group is great, inspiring and motivating, especially when people are truly collaborators not just contractors. It is all about play and joy and creativity, that is not possible to achieve when you work alone. Animation is a very slow process and some time if you are to long alone in it, the world around is turning into a strange place...
I always love to work with people that I admire and trust and the best is when the work turn to be a playground and where we all inspire each other to achieve something new and unknown… but sure it is not always that romantic….
But that is probably why projects like this at the end need one person that will be strong to go through all that and to guide it through good and bad times towards the final goal – to tell our story on best possible way to the broad audience.


Is there financing, or a budget, or is everyone in the team working voluntarily?
Yes this project was sponsored from couple of sources; otherwise it will be impossible for any of us to devote most of our time in last 3 years to this idea. For this particular project so far we were granted from Croatian Ministry of Culture, Croatian Audio Visual Center, Zagreb City Council and Adris Foundation.