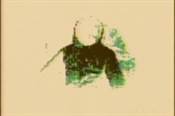 Who is Clint Enns?

I am a video artist/filmmaker from Winnipeg, Manitoba. My images are created using broken or outdated technologies. I have recently completed a master’s degree in mathematics at the University of Manitoba and my interests include model theory of ring and modules, structuralist cinema, and mathematics in art.

This video is an attempt to demonstrate the inherently dehumanized nature of digital images. Found footage of a car crash is digitally interpreted using a Nintendo Gameboy Camera.

Experimenting with outdated technologies provide us with new images and processes. When devices like the Nintendo Gameboy Camera, Atari game console and VHS machine first came out, they were too expensive to experiment with. These devices often break through heavy experimentation. Now, these devices are available for cheap to anyone with interest, enthusiasm and the urge to experiment.
I am also interested in abstracting images. I feel that through decoding abstract images, the viewer is filling in information using their own personal memories/experiences. This allows the spectator to become personally engaged with the work.


Where do you get your ideas or influences from?

Often my ideas come from dialogues with other artists, either verbally or non-verbally. For instance, I am often inspired by watching films and reading about process. Furthermore, artist run culture and community plays a vital role in my life. Without independent arts organizations like Video Pool Media Arts Centre I would probably not be making work at all.

First, the title is intended to capture the process by which it was made. Next, it is intended to be a play on the title Window Water Baby Moving by Stan Brakhage. Brakhage’s film contains images of a babies’ birth whereas my video contains images of a babies’ death. I was originally going to title the piece windshield to the womb since the images from the Gameboy Camera look like ultrasound footage and there is a Christian pro-life video called Ultrasound: Window to the Womb by Shari Richard. However, I eventually thought that this title would be too harsh.


How does content relate to the form of your work?

In this work, the sounds came directly from the Nintendo Gameboy Camera. The playful 8-bit sound is intended to create a juxtaposition with the harsh images of the car crash. At one screening someone laughed due to the sounds even though the images are ultimately of a babies’ death. This is why I feel this process dehumanizes the images.


Nowadays everyone with the right equipment can create videoart, good, bad or ugly?

It is great that the ability to make art is accessible to everyone. However, since there is now such an enormous amount of work being produced, it is a very important time for curators. That is, quality curators ensure quality work to quality audiences. In addition, it is now important to have artists writing about other artists so that quality work doesn’t get overlooked.

I personally believe that the web is a time wasting novelty that will soon wear off. I also see it becoming more corporate and that future cultural producers will reject it, just like many do now with television.


Video broadcasting platforms on the internet, why or why not?

I like that fact that work is now readily available, however, I still prefer watching films in the cinema rather than on-line. My ideal screening situation is one in which I am sitting in total darkness, surrounded by my peers, communally emerged in the work presented before us, totally free of distractions.


In what category would you place your work; cinema or art. And is there a difference between those?

Ideally, I am attempting to make video art with filmic sensibilities. Of course, moving images are historically linked to the cinema and I feel this connection is an important one. However, I also feel it is time to drastically re-invent our concept of cinema. I personally prefer the freedom and the intimacy that the micro-cinema has to offer. I am also interested in some of the gimmicks used to turn standard screenings into events (read: expanded cinema). I always find it enjoyable to watch live experimentation and to watch films with live music/narration/smell-o-vision/cetera.

Of course I would like the audience to be engaged with my work. Also, it is nice to receive a positive reaction to your work. That being said, I do not believe in compromising my vision in order to make work that is in vogue.

Currently, I am making a brief documentary about the blasphenaut, a broken-up blastcore ensemble from Winnipeg that used a Playstation 2 game called Music Maker as their drummer and put on an amazing show. I am hoping to capture their energy and spirit in a short 15 minute documentary.
< overview< Artists interviews