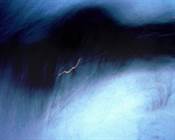 36:55, 2006, Music video
This music video focuses on the four elements and more particularly on the forms of energy which are active within each of these elements. It also thematises the ways in which humanity relates to these forces, how it makes use of them for creative or destructive purposes. Fire in this context is therefore also seen as light energy .
Each part is dedicated to one element and lasts about 9 minutes, the total duration of the video being approximately 36:55:17 minutes.
The visuals were produced by means of normal video recordings (either left as such or digitally altered). Furthermore, digital photographs were included (some of which were also altered digitally).
The music contains a number of acoustic sounds including cello, piano, organ, metal sound sheets, gongs and metal wire, as well as digitally-altered cello and trombone sounds and electro-acoustic and electronic sounds.

Who is Wittwulf Malik?
Since 1976 free-lance work as composer, composer performer, visual artist, performance artist and with experimental multimedia projects. Grants in Germany, Italy and Sweden. Teaching-work at a lot of universities and music academies. Exhibitions at a lot of galleries and museums. Concerts/Performances in nearly all Europaen countries and Canda and the US.


Your film is about?
The 4 elements. Each element has an own part of about 9 minutes.


How did you start with film? And do you have an educational background in art or film?
After first working with graphical notation I came to the point to work with photography and to combine photography with notation. At one point it was clear when I combine music and visual art that film is the direct medium. So I started experimental film with my own music and my own film- and photo-material.


Could you explain how you work, what themes or concepts and what is important to you?
My themes are the basic energies of life.


How did the film come about? Everything (carefully) planned or more intuitive?
First the idea, the theme, then a mixed progress, searching, experimenting.


How do you finance your projects (by yourself, sponsors or subsidy)?
By myself.


How does the internet influence contemporary art in general according to you?
It is a new and interesting level of communication. And I like to use this.


What possibilities of the web are yet to be explored? Which dangers do you see ahead?
The danger may be probably the loss of direct and personal communication of the audience and the author, the producer.


YouTube? Why or why not?
There is no clear answer.


Does your work often circle the festival circuits, and do you visit festivals regularly?
Sometimes.


Do you often meet and discuss with other film makers through the internet?
Not very often.


How influential is the reaction to your film by the audience?
It is not influential to me. I do what I think I should do.


What is your next project about?
A long work about the energy of water.