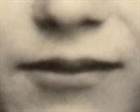 2:34, 2006, Video Art
This project, by linking the languages of animation and video compositing, puts in dynamic report a series of old and more recent photographic images, and from various sources (Hungary, Germany, France, Russia, etc). The camera (here virtual) plunges in a luminous child’s face and lets us cross over a sequence of portraits in morphing, and hence, which seem to be animated the ones with the others, like a same alive flesh... until the rise and the obliteration of each face into the nothingness.

Still Alives calls a broad concept about the transmission of life, memory and disappearance. Thus, it tries to propose, by introducing a poetic universe, an arborescent and universal vision of the human being.
DirectorLaurent PernotCountryFranceEdition2006 < overview

Who is Laurent Pernot?
Born in France in 1980. Laurent Pernot has used electronic media to produce installations, experimental and musical videos, books and photographs, attempting to convey allegory and poetry. After studying photography, he completed a residency at Le Fresnoy National studio of contemporary arts (France), and was recently invited in residencies in Japan, Germany, Italy and Norway. He has always been interested in philosophic and scientist issues, especially those that deal with consciousness and life’s patterns.


Why filmmaking?
As an artist, you kind of know something and you want to share it with people, but things always get complicated in the translation sequence. So I would say that making films is a wonderful battle between life and death at the same time ; between subjective and universal, between game and war, between movement and ice, between chaos and narrative, between words and music, between reality and our limited perception... And hence, filmmaking is driving me to explore : What is life ?


Still Alives is about...
... Transmission of life, memory and disappearance. This project, by linking the languages of animation and video compositing, puts in dynamic report a series of old and more recent family photographs, and from various origins (Hungary, Germany, France, Russia, etc). Some of those images are part of my own history, some others are unknowns. Thus, it tries to propose, by introducing a poetic universe, an arborescent and universal vision of the human being.


Financing your movie?
Auto produced. The whole images and sounds have been created on my own computer, and the final editing was supported by Fabrica, The Benneton creative centre in Italy, where i was invited.


New Media; a challenge for film makers?
New media favoured the emergence of a society in real time and more and more complex, in order to simplify the access and the creation of information. And hence, filmmakers got hundred of possibilities to explore, thanks to the extraordinary evolution of technical supports, in increasingly media forms. But it’s also very important to consider each media (internet, editing and creative software, interactive devices, etc.) with a kind of distance, including their artificial and ephemeral aspects. In my case, Internet became a sort of raw material as well as a support to present my works, and most of my projects are made on my own computer ; I became more and more independent.


Do your films have style, just as some painters have?
Everybody has a particular style, which has grown among conscious and unconscious influences, related to our subjective experiences. The important thing is to find the right material to express this style.


Which film related websites do you frequent?
Allocine.fr and independent websites. Unable to quote all of them.


Individual film making or co-operation?
I am trying to be independent, but as much as possible surrounded by specialists. It mainly depends of financials reasons.


Did you ever had another ambition in life than to become a filmmaker?
Pianist.


Digital or classic?
I am used to work with DV-cam, beta or film cameras. But i don’t have any favourite and own equipment.< overview