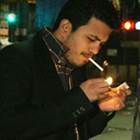 Patryk Rebisz - Between you and me

Who is Patryk Rebisz?Patryk Rebisz is a director and an award winning cinematographer who has shot feature films that
Include "I Believe in America, " "Good Times, " "Serial, " and his latest, "He and She." Mr. Rebisz has
Shot and directed a multitude of short films, commercials, and music videos. Mr. Rebisz has a
Bachelors of Fine Arts in Film and Video Arts from New York"s Cooper Union for the Advancement of Science and Art.

Why filmmaking?Trip to Poland and seeing my artist friends (i used to study art and was "destined" to be a painter before switching to filmmaking) paying more attention to the TV and computer screens rather then to physical art (painting or sculpture). Filmmaking seemed like the most user friendly artform at the time.

My work is about...Life in a big social community; big city; night.

Financing your movie?Asking friends for lots of favors.

New Media; a challenge for film makers?If not for digital video i would never even touch film and filmmaking as artistic medium - it seemed way out of my financial reach at the time.

Individual film making or co-operation?I make my living as director of photography shooting feature length films, shorts, commercials and music videos. Still whenever i find a project i really believe in i jump the ropes and become director/DP.

Digital or classic?I love digital if not for video i wouldn"t be here. I do occasionally work for hire where i"m asked to shoot film still i"m a great believer in new technologies.
< overview