HyperLightness ad absurdum is a short film experimental animation where one sees several geometrical forms rotating when in fact there's only one (if you stop the animation you'll only see one geometrical solid). By means of visual memory our sight produces an optical illusion - afterimage - that is explored to convey the relationship between geometrical solid's ideal structures and their resultant divine progressions under a fractal rotational movement. The work reveals the metaphysical concern with religion and how it can be conveyed in a global consumerist, post-Nietzschean and post-Marxist society thus reflecting analogically but not arithmetically upon the progression of geometric symbols complementary to much of worldwide communications and human behaviour. It re-accesses the deconstruction of dogmas from a geometric-archetypal stand in which the relation between immutability and mutability is constantly challenged and reviewed through dynamic symmetry. The optical illusion produced by the HyperLightness ad absurdum animation is due to a very fast pace rotation producing an afterimage compounding self-reflective, or mirror-images, of the original one icon/symbol. It is a hypnotic procedure leading to "extreme consciousness - visual telepathy" which links to key philosophical postulates of "innate vibrational" geometry that together foreshadow future technologies and the evolution, thus, also the predicted involution of mankind at a microcosmic/subatomic and macrocosmic levels. The use of sacred geometry embodies an alchemical process of unification with light represented by the cosmic egg and the sphere reflecting the Kabbalistic steps and paths of the Tree of Life. The purpose of the work is to make a parallel between Eastern and Western faith's ideal symbolism having the concepts of the Kabbalah and Christian omnipotent God revealing themselves as Buddhist or Taoist rotational mandalas or yantras giving much emphasis on illusion - Maya. The ideal of infinitude in Brahma and in Ein-Sof being the complete Void and nonetheless being a source of endless energy is one of the many coincidences between the referred faiths and is reflected at a cosmological scientific level as complete emptiness - Absolute Void - corresponding to an infinitely small dimension of space-time - singularity - which contains the primordial atom (energy) whose explosion - Big Bang - originated the four visible dimensions of the universe where space-time continuum is an illusionary phenomena and paradox is latent in every polarised assumption only culminating in Absolute absurdity ad aeternum.Directed, produced, written and filmed by Margarida Sardinha
Crew
Voice - Margarida Sardinha
Length
25:10
Released
30 September 2011
Genre
>  Experimental
Country
>  Portugal
Edition
>  2012
Subtitles
NA
Budget
Limited budget
Screenings
Revelation Perth International Film Festival, Perth, Australia
San Francisco Frozen Film Festival, San Francisco CA, USA
Take Two by Salon du Ciel in New York NY, USA
Beam Festival, London, United Kingdom
5th Columbia Gorge International Film Festival, Vancouver, USA
Awards
Winner of Best Experimental Film, Hollywood Reel Independent Film Festival, Hollywood, USA -
Winner of Best Experimental Film, Great Lakes Film Festival, Erie, USA -
Winner of Best Experimental Film, Bridge Fest, Vancouver, Canada 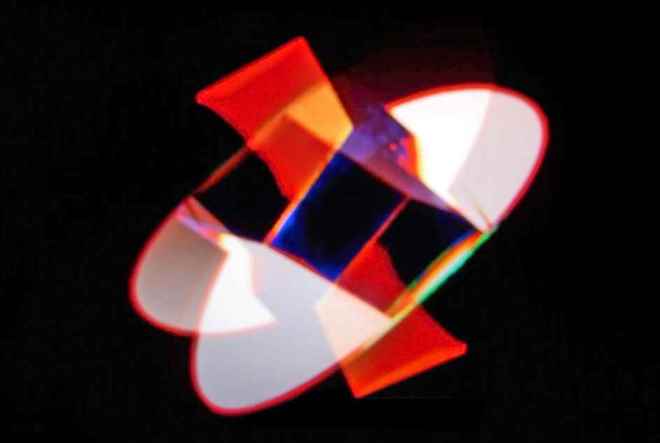